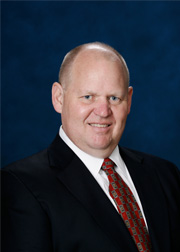 John C. Henry has maintained a civil law practice for more than twenty-five years, with experience as counsel for both plaintiffs and defendants. Mr. Henry’s experience includes practice in construction, transportation, and casualty claims.
He began his practice in New Orleans after graduating cum laude from Tulane University School of Law in 1988 and has since served as lead counsel in states throughout the southeastern United States and the District of Columbia. He is also admitted to practice before the United States Supreme Court.
Mr. Henry has defended claims against businesses and their insurers and also brought claims on behalf of business owners against insurers’ contract breaches. Mr. Henry can discuss options available to clients to achieve their individual goals, addressing their concerns with the litigation process. He has tried bench and jury cases in State and Federal courts and has also represented clients in arbitrations and mediations.
Mr. Henry has been distinguished by a BV rating from his peers through Martindale-Hubbell.